The World Health Organisation (WHO) has announced on Monday that it had temporarily suspended the clinical trial the use of hydroxychloroquine for treatment of COVID-19 patients.

Tedros Ghebreyesus, the WHO director-general, made the announcement at a media briefing on Monday.

He cited the study published by The Lancet, which had examined the effects of the use of hydroxychloroquine alone or when used with a macrolide, and reported a higher mortality rate.

An excerpt of the study which was published on May 22, and was conducted covering 96,032 patients, read: “We were unable to confirm a benefit of hydroxychloroquine or chloroquine, when used alone or with a macrolide, on in-hospital outcomes for COVID-19. Each of these drug regimens was associated with decreased in-hospital survival and an increased frequency of ventricular arrhythmias when used for treatment of COVID-19.”

“As you know, more than two months ago we initiated the Solidarity Trial, to evaluate the safety and efficacy of four drugs and drug combinations against COVID-19,” he said.

“Over 400 hospitals in 35 countries are actively recruiting patients and nearly 3500 patients have been enrolled from 17 countries.

“On Friday, the Lancet published an observational study on hydroxycholoroquine and chloroquine and its effects on COVID-19 patients that have been hospitalised. The authors reported that among patients receiving the drug, when used alone or with a macrolide, they estimated a higher mortality rate.

“The Executive Group of the Solidarity Trial, representing 10 of the participating countries, met on Saturday and has agreed to review a comprehensive analysis and critical appraisal of all evidence available globally.

“The review will consider data collected so far in the Solidarity Trial and in particular robust randomised available data, to adequately evaluate the potential benefits and harms from this drug.

“The Executive Group has implemented a temporary pause of the hydroxychloroquine arm within the Solidarity Trial while the safety data is reviewed by the Data Safety Monitoring Board. The other arms of the trial are continuing.” 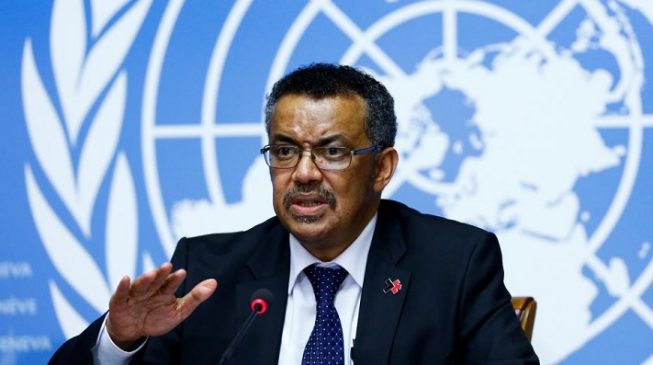 He explained that the concern raised related to the use of hydroxychloroquine and chloraquine in COVID-19, but added that “these drugs are accepted as generally safe for use in patients with autoimmune diseases or malaria.”

During the presidential task force (PTF) on COVID-19 briefing On May 18, 2020, Fiona Braka, officer in charge of WHO in Nigeria, had announced that the solidarity trial had started in Nigeria.

“This is a large multi-country effort that is going on globally. And we are picking up that trial in Nigeria; some sites have started, some are yet to start,” she had said.

“The whole idea is that the large pool of information across the countries will be systematically analysed at global level in addition to what is coming from other countries; carefully analysed and guidance provide to countries on which formulation is more effective.”

Three days later, Akin Abayomi, commissioner for health in Lagos, also said the state had concluded plans to ]roll out hydroxychloroquine trials for possible prevention and treatment of COVID-19.

Vaccinated Travellers Are Exempted From COVID-19…