It appears that the Japanese surgeon, Dr Katsuya Takasu is not happy with Nigerian sports officials over their “grumblings” about the $390,000 donations he made to the Nigeria U-23 Men’s National Team at the just concluded Rio 2016 Olympics.

The Japanese flew all the way to Brazil to hand cheques to Siasia and John Obi Mikel after they won soccer bronze of the Rio 2016 Olympics. But top Nigerian sports officials have called for investigations to the source of the money.

Now the celebrated billionaire has revealed his displeasure with Nigerian officials especially with sports minister Solomon Dalung -as he told him to run an investigation on his foundation to check the source of the money… He made this known in a series of tweets some hours ago. 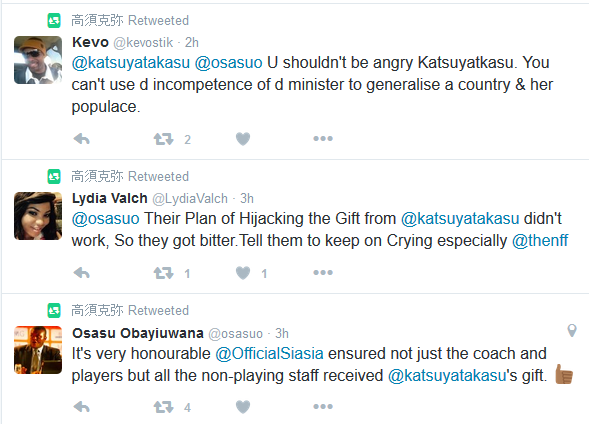 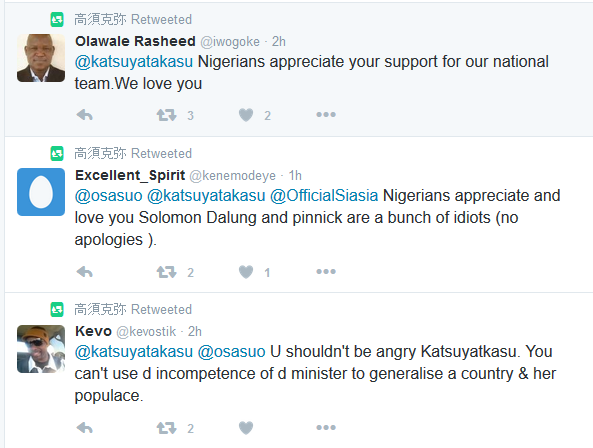 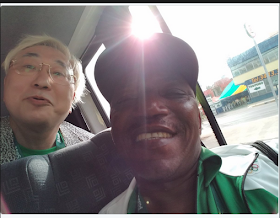 Lil Uzi Vert Planning To Buy His Own Planet

Blueface Attacked By Fan In The Ring After Winning His Debut…