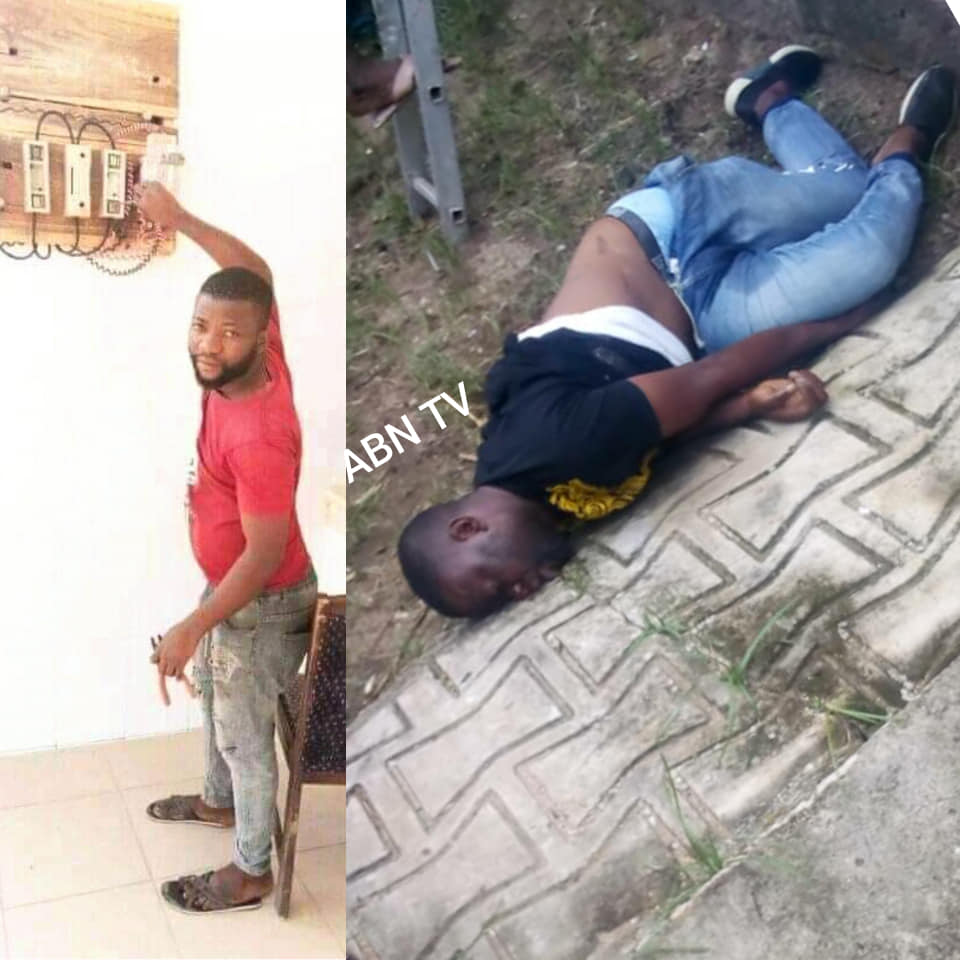 The calm neighborhood of Opobo road of the Ogbor Hills, Aba, Abia State, was on Wednesday, thrown into confusion, after the electrocution of a middle aged man, identified simply as Chukwudi.

The deceased, whose traditional marriage was some weeks away, after discovering that there was electricity in the neighborhood while there was none in his apartment, started looking for a ladder so as to switch lines.

It was gathered that while he was on the electric pole trying to rectify the problem, electricity was restored to the former line and he was electrocuted.

“While on top of the pole, he was said to have rested his ladder on an electric-powered barbwire which triggered electric shock when the public power was restored.

“He was trapped between the pole and the electrified barbwire, making it difficult for him to escape or even for people to come to his immediate rescue and by the time he was eventually brought down, he was dead,” a source narrated.