Mr. President, Please Belong To All Of Us- A Letter From Umar To Buhari 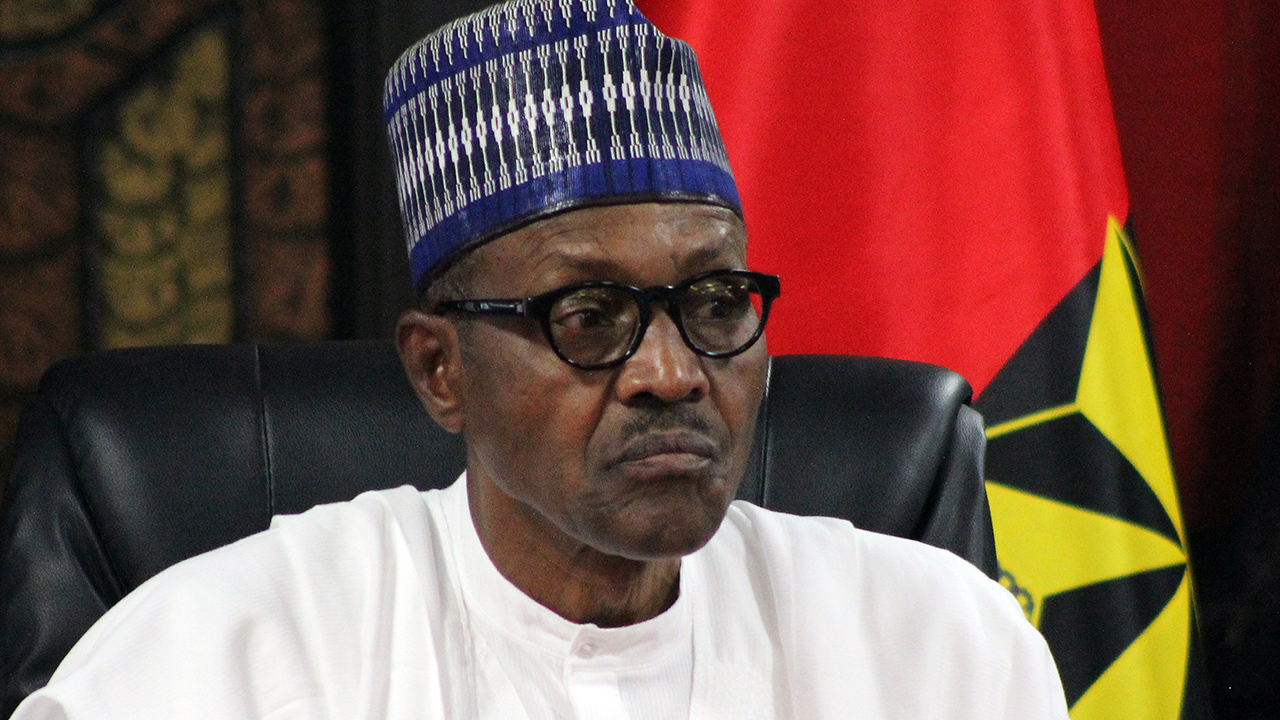 Abubakar Dangiwa Umar yesterday called out President Muhammadu Buhari for dividing the nation along ethnic and religious lines, warning that biased appointments in government would spell doom for the country’s unity.

In an open letter to President Buhari, Umar said the country was near the precipice as a result of his alleged unpopular policies that have weaked the unity of the country. He warned that unless the Buhari’s administration changed its style of governance, Nigeria might further be faced with crisis.

In the letter titled “Mr. President, Please Belong To All Of Us”, the former state military administrator said: “At this time and in the light of all that have happened since you took office, any conversation with you Mr. President cannot gloss over the chaos that has overtaken appointments into government offices in your administration.

“All those who wish you and the country well must mince no words in warning you that Nigeria has become dangerously polarized and risks sliding into crisis on account of your administration’s lopsided appointments which continues to give undue preference to some sections of the country over others.
“Nowhere is this more glaring than in the leadership cadre of our security services. Mr. President, I regret that there are no kind or gentle words to tell you that your skewed appointments into the offices of the federal government, favouring some and frustrating others, shall bring ruin and destruction to this nation.”

Umar quoted Sheikh UsmanDan Fodio as saying that “One of the swiftest ways of destroying a kingdom is to give preference of one particular tribe over another or show favour to one group of people rather than another. And to draw near those who should be kept away and keep away those who should be drawn near”.

Umar continues in the letter:” I have been prompted to write you this open letter, Mr. President, by the loud sounds of drums, singing and dancing that erupted within many groups in the last few days on the grounds that you attained the 5th year in office as president of Nigeria. It comes as no surprise that enthusiasm for the celebration is not shared equally by segments of the public. While your admirers and supporters believe you have performed well, many others believe the five years you have been in office as our President has not met the yearnings, expectations and change promised Nigerians.

“Mr. President, you know me well enough and my position on issues to realize that I can be neither a rabid supporter nor a fanatical opponent of yours. I believe being a responsible citizen is enough reason to wish you well and to work for your success. As we have seen all too clearly these past few years, your success is ours as is your failure. We swim or sink with you!

“You might wish to recall that after the results of the 23rd of February 2019 presidential elections were announced, giving you victory, I addressed a press conference during which I urged the runner-up, Alhaji Atiku Abubakar of the Peoples Democratic Party (PDP), to concede defeat. The reason was clear: tensions were running high and little missteps by the leaders might ignite violence, as often happened after major elections. Some supporters of Abubakar Atiku disagreed with me and told me off. As it happened, Alhaji Atiku went ahead to mount a legal challenge to the outcome of the elections up to the Supreme Court. Mercifully, his actions did not result in outbreak of violence as we feared.

“At the same occasion, I counselled the declared winner, your good self, to use the opportunity of your second term to redeem your pledge of being a leader and president of all Nigerians. On the occasion of the first-year anniversary into your second four-year term, I feel there is an urgent need to revisit this subject matter.

“Mr. President, you have often expressed the hope that history will be kind to you. It is within your competence to write that history. But you have less than three years in which to do it. You may wish to note that any authentic history must be devoid of myth. It will be a true, factual rendition of the record of your performance.

“And truth be told, Mr. President, there are quite a lot of things that speak to your remarkable accomplishments, not least of which is that for the first time in our democratic history, a sitting president was defeated. That feat was achieved by Muhammadu Buhari. The reason was the public belief of you as a man of integrity.

“The corollary to this is that at the expiration of your 8-year tenure in 2023, your achievements will not be measured solely by the physical infrastructure your administration built. An enduring legacy would be based on those intangible things like how much you uplifted the spirit and moral tone of the nation. How well have you secured the nation from ourselves and from external enemies?
“I need not remind you, Mr. President, that our political history is replete with great acts of exemplary leadership which, at critical moments, managed to pull this nation back from the precipice and assured its continued existence.”

ALSO SEE  I Am Working For Igbo Presidency In 2023 - Amaechi

He mentioned some examples of how the country survived difficult moments in history.

“In February, 1965, the NPC-led Federal Government was faced with a decision to appoint a successor to the outgoing Nigerian Army General Officer Commanding (GOC), General Welby Everard, a Briton. Four most senior officers were nominated; namely, Brigadiers Aguiyi Ironsi, Ogundipe, Ademulegun and Maimalari. The first three were senior to Maimalari but he was deemed to be the most qualified due to his superior commission. He was the first Sandhurst Regular trained officer in the Nigerian Army.

“His being a Muslim northerner like the Minister of Defence, Alhaji Muhammadu Ribadu, and the Prime Minister, Alhaji Abubakar Tafawa Balewa, granted him added advantage by today’s standards. But to the surprise of even the Igbo, and opposition from some senior NPC members, Minister Ribadu recommended Ironsi, pointing to his seniority. The prime minister concurred and Aguiyi Ironsi was confirmed as the first indigenous GOC of the Nigerian Army.

“When on 13 February 1976, the Commander-in-Chief, General Murtala Muhammed, was assassinated in a failed coup de tat, General Olusegun Obasanjo, his deputy and the most senior officer at the time, was sworn in as his successor. The Chief of Army Staff, General T.Y Danjuma, a northern Christian, was next in line to succeed Obasanjo as the Chief of Staff, SHQ and Deputy Commander in Chief. General Danjuma, however, waived his right and recommended a much junior officer, Lt. Col. Shehu Musa Yar’Adua, for the post. Shehu was promoted two steps up to the rank of Brigadier and appointed Chief of Staff, SHQ and Deputy Commander-in-Chief. Lt. Col. Muhammadu Buhari was appointed Minister of Petroleum. This was done to placate Muslim North which was deemed to have lost one of its own, Murtala Muhammed.

“Both the chief of staff, Mr. Sunday Awoniyi, and Dr. Ishaya Audu, the personal physician to the Premier of Northern Nigeria, Alhaji Sir Ahmadu Bello, a direct descendant of Sheikh Usman Dan Fodio, were Christians.”

Umar continued: “Barely nine years after the civil war in 1979, the NPN Presidential candidate, Alhaji Shehu Shagari, picked an Igbo, Dr. Alex Ekwueme, as his running mate. They enjoyed a truly brotherly relationship as president and vice president. President Shagari’s political advisor, Dr.Chuba Okadigbo, and National Assembly Liaison Assistant, Dr. K.O Mbadiwe, were both Igbo. His economic advisor, Prof. Emmanuel Edozien and his Chief of Personnel Staff Dr. Michael Prest, were of Niger Delta extraction. Remarkably, all his military service chiefs were Christians with the exception of his last Chief Army Staff, General Inuwa Wushishi under whose tenure he was removed in a military coup de tat.

“Mr. President, as a witness and beneficiary, it is our expectation that you would emulate these great acts of statesmanship. Which is why we have continued to engage with you. You may wish to recall that I had cause to appeal to you, to confirm Justice Onnoghen as the substantive Chief Justice of Nigeria a few days before the expiration of his three months tenure of acting appointment to be replaced by a Muslim northerner. We were saved that embarrassment when his nomination was sent to the senate by the then acting President, Prof. Yemi Osibanjo.

“When he was finally confirmed a few days to the end of his tenure, he was removed after a few months and replaced by Justice Muhammed, a Muslim from the north. May I also invite the attention of Mr. President to the pending matter of appointment of a Chief Judge of the Nigerian Court of Appeal which appears to be generating public interest. As it is, the most senior judge, Justice Monica Dongban Mensem, a northern Christian, is serving out her second three-month term as acting Chief Judge without firm prospects that she will be confirmed substantive head. I do not know Justice Mensem but those who do attest to her competence, honesty and humility.

“She appears eminently qualified for appointment as the substantive Chief Judge of the Court of Appeal as she is also said to be highly recommended by the National Judicial Council. If she is not and is bypassed in favour of the next in line who happens to be another northern Muslim, that would be truly odd. In which case, even the largest contingent of PR gurus would struggle to rebut the charges that you, Mr. President, is either unwilling or incapable of acting on your pledge to belong to everyone — and to no one. I hope you would see your way into pausing and reflecting on the very grave consequences of such failure not just to your legacy but to the future of our great country.”